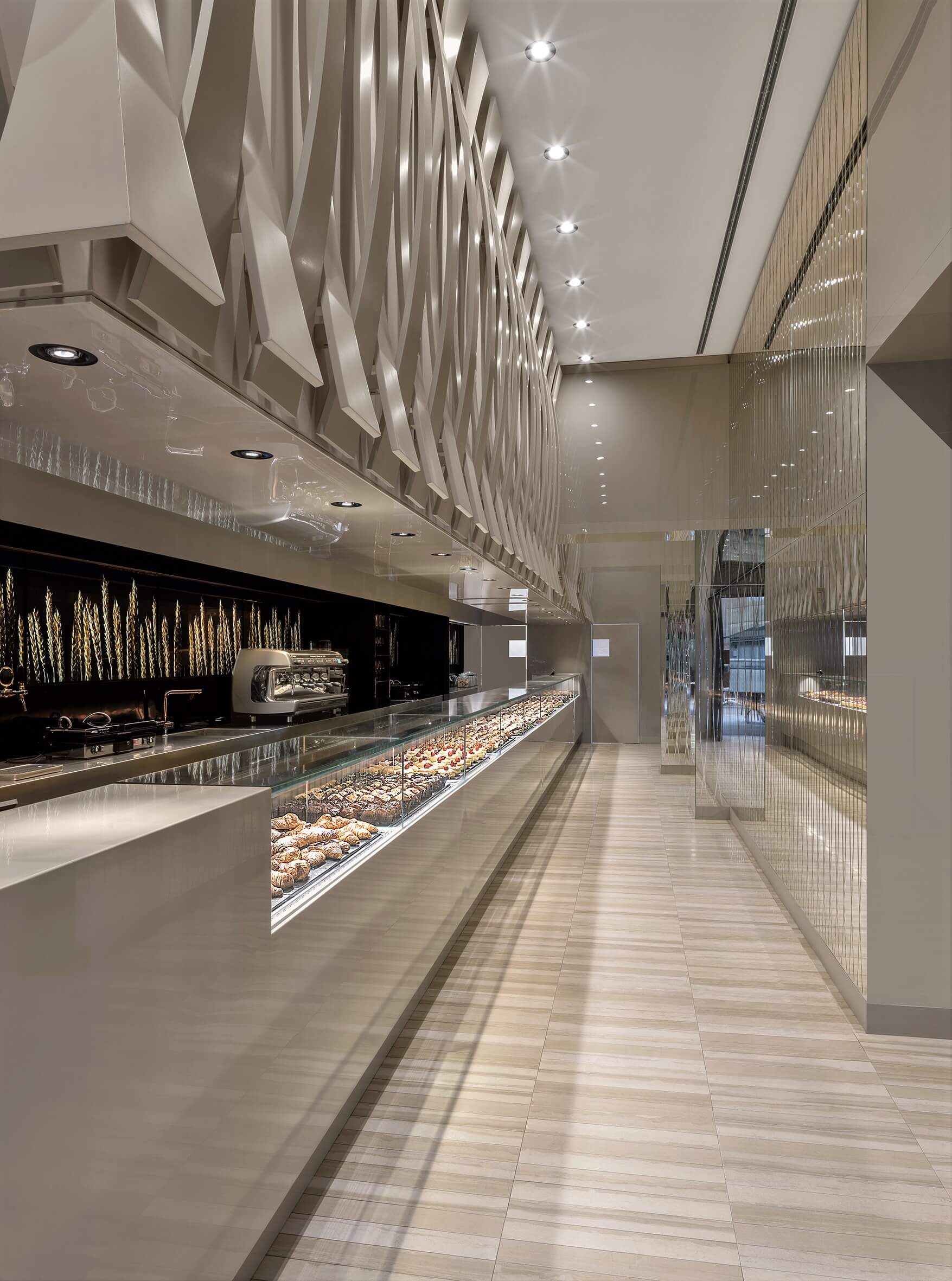 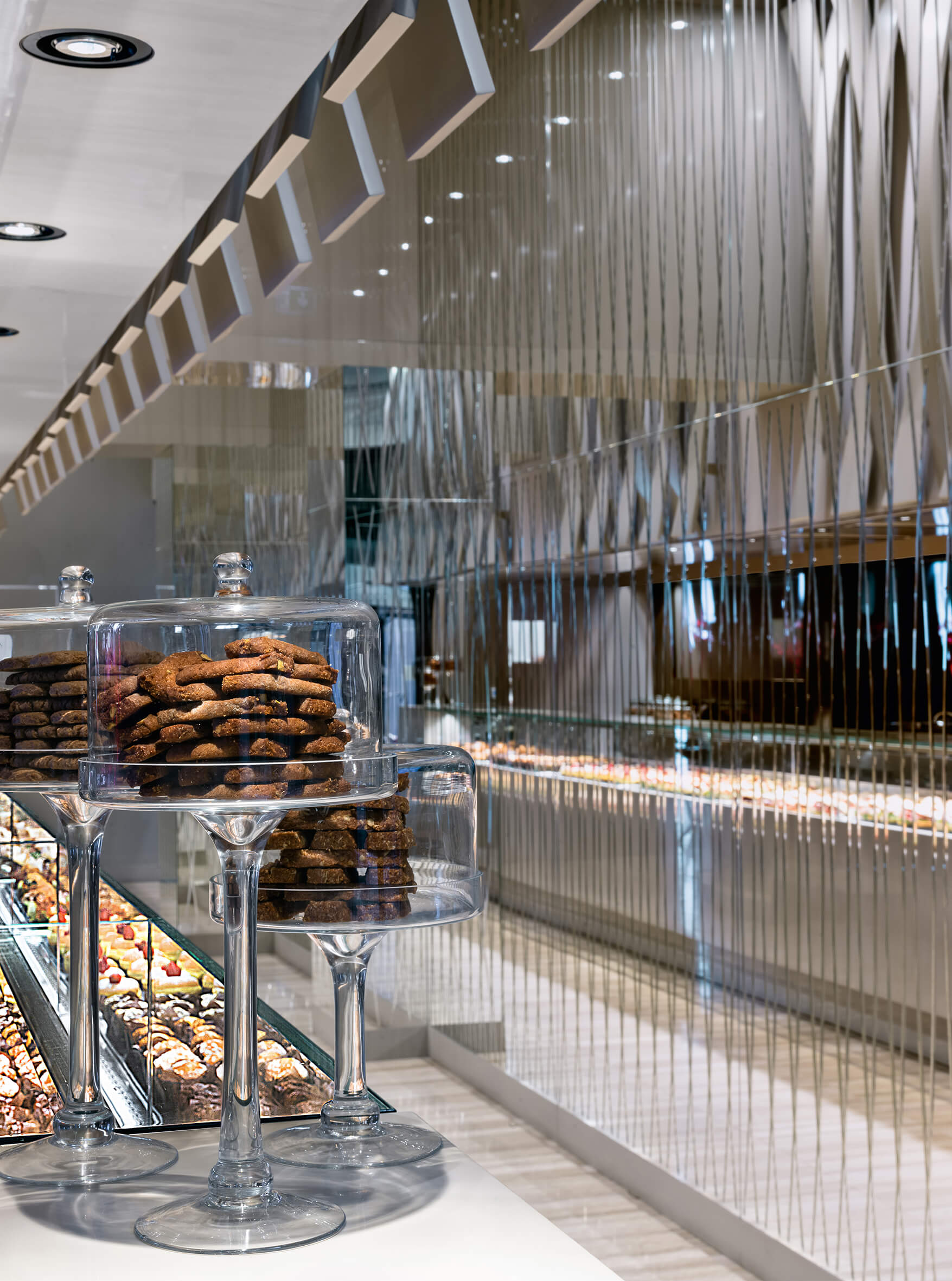 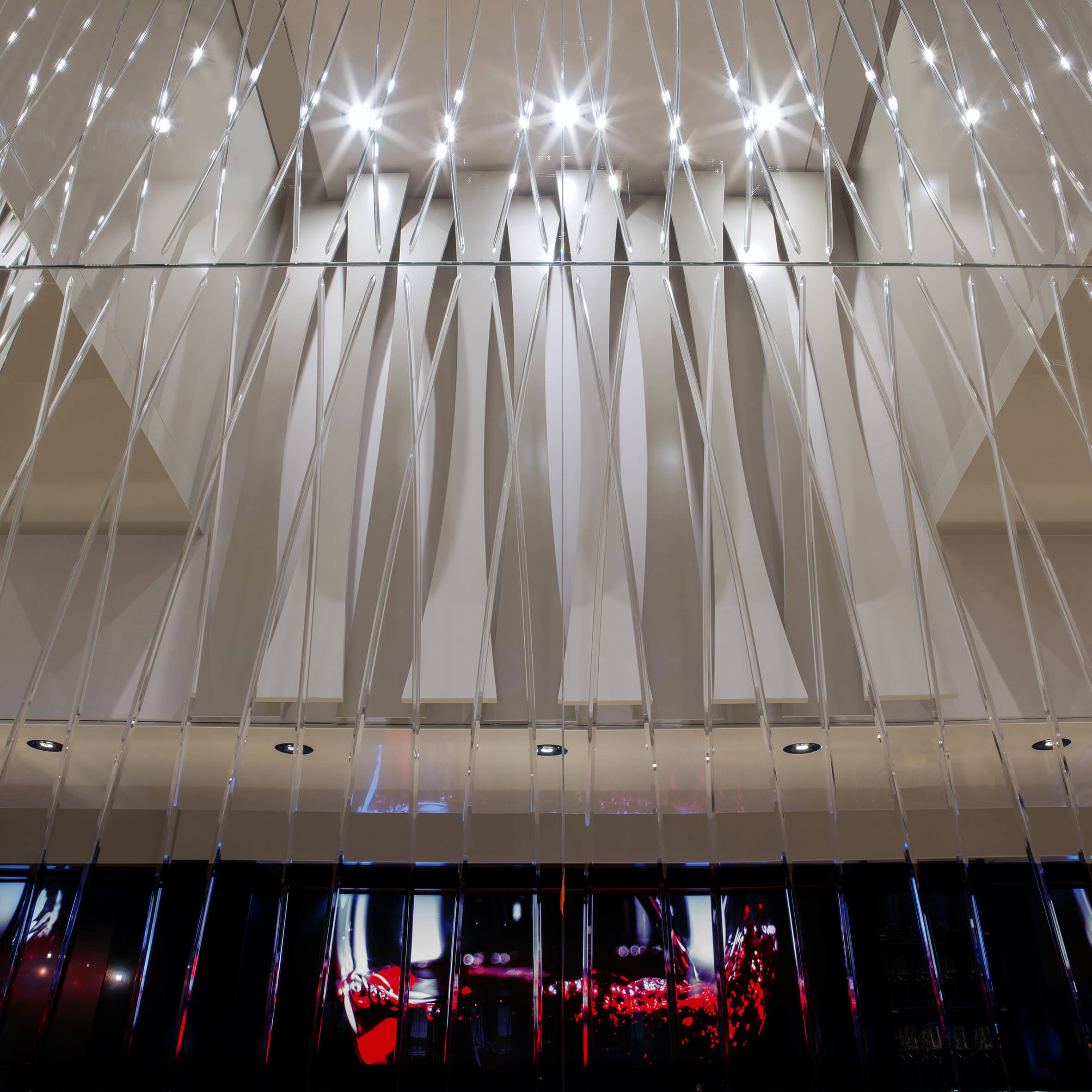 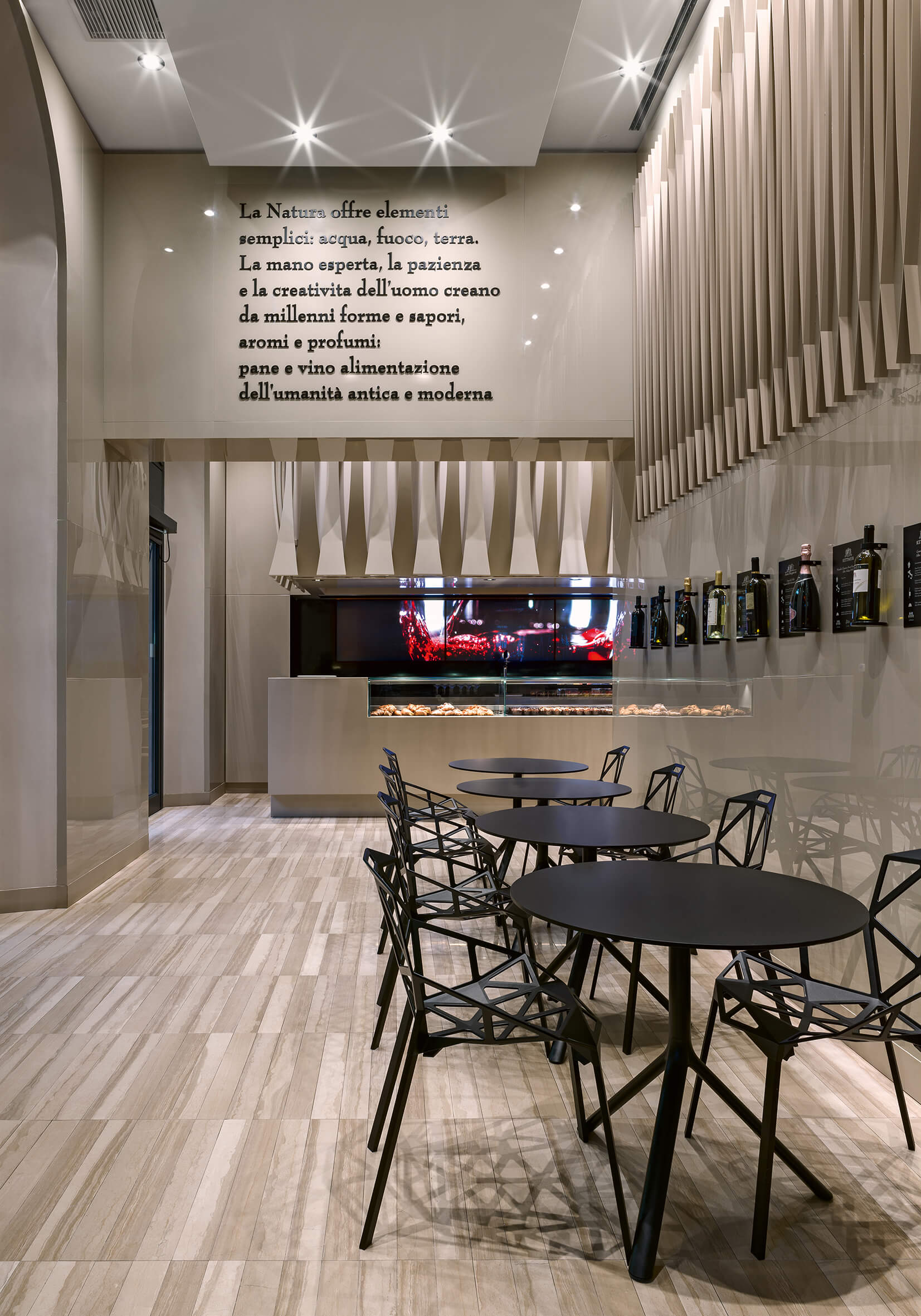 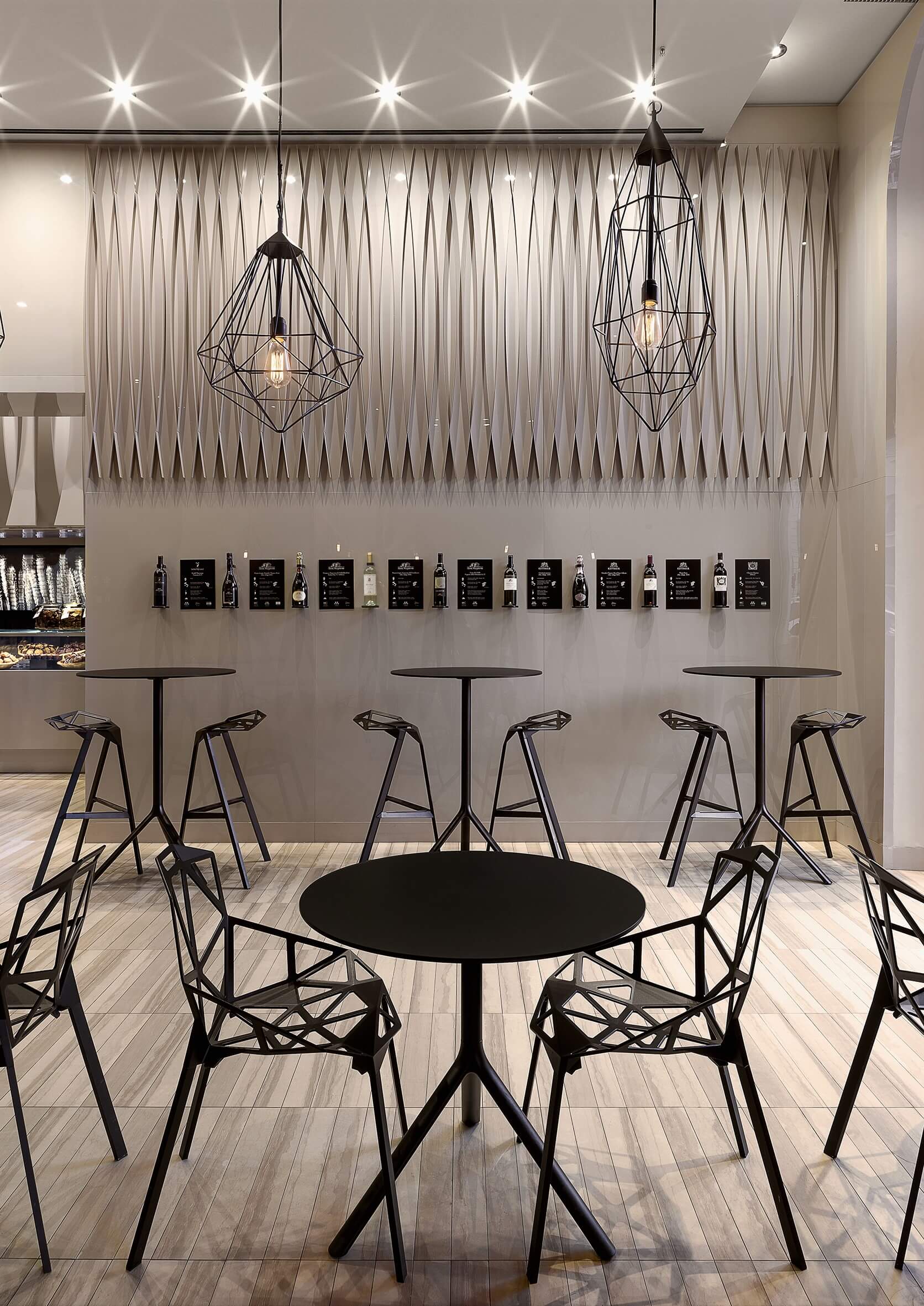 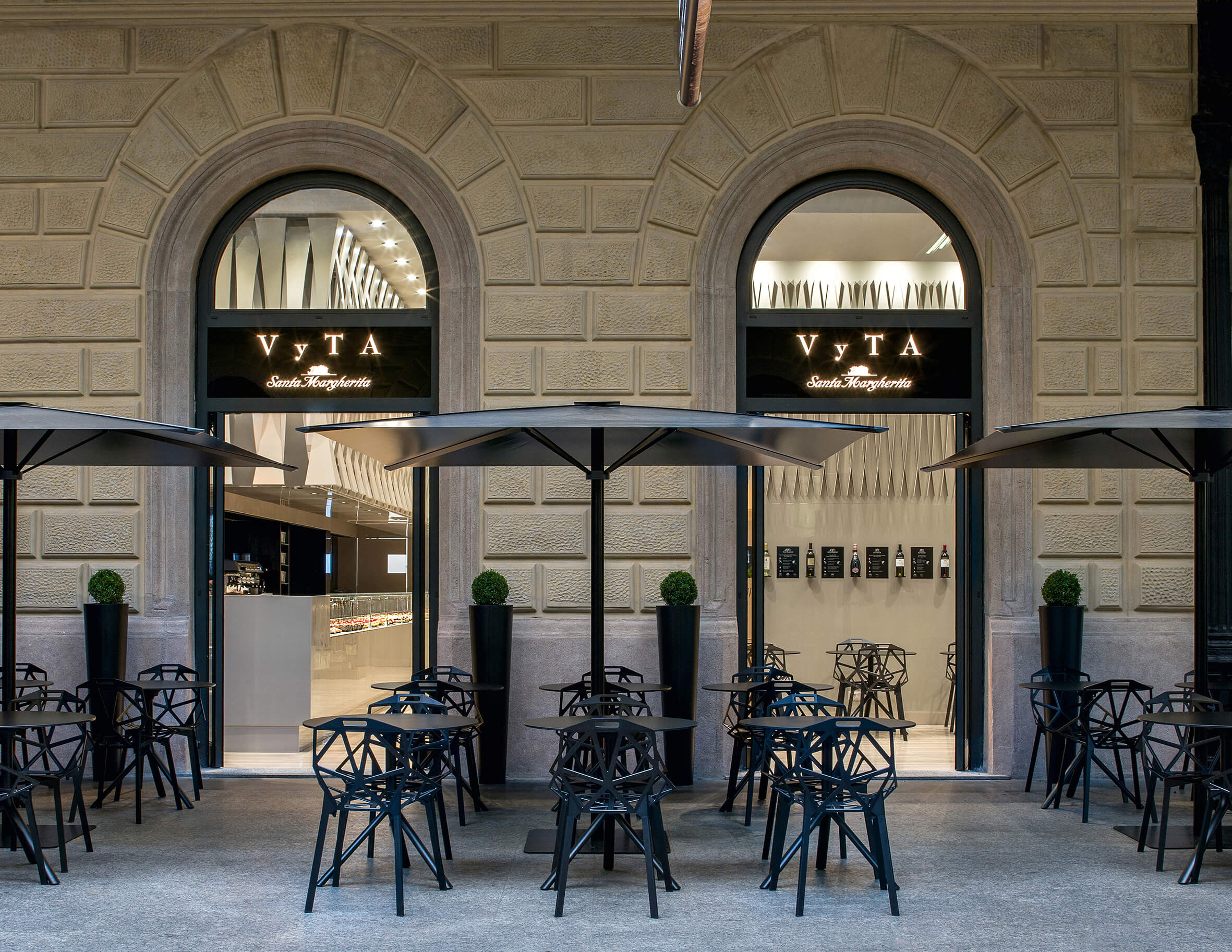 Bologna represents the start of a new phase in the evolution of the VyTA Santa Margherita format: brand recognition no longer relies on the application of the same architectural standard to various stores. The oldest and most traditional products of our cuisine such as bread and wine, the ways in which they are presented, the atmosphere and the ever-changing design, still generated by common matrices, now represent the true essence of the brand. VyTA Bologna is characterized by the use of a single color palette, based on greige – a shade warmer than grey and cooler than beige, yet strongly connotative. The long, Corian counter in elegant grey, with its ethereal crystal boxes, stands out against the serpentine geometry of the marble floor. Metal decorations frame wine bottles, celebrated as sculptures with their history.

This website uses cookies to improve your experience while you navigate through the website. Out of these, the cookies that are categorized as necessary are stored on your browser as they are essential for the working of basic functionalities of the website. We also use third-party cookies that help us analyze and understand how you use this website. These cookies will be stored in your browser only with your consent. You also have the option to opt-out of these cookies. But opting out of some of these cookies may affect your browsing experience.
Necessary Always Enabled